Too funny. Can you imagine working the checkout at a store and having someone famous come and buy their own product? This Walmart checker had that exact experience last…

[Twitter] Craig Morgan has had a couple of small acting parts in his career, but now comes word that he's getting ready to star in a movie.  Craig is working… 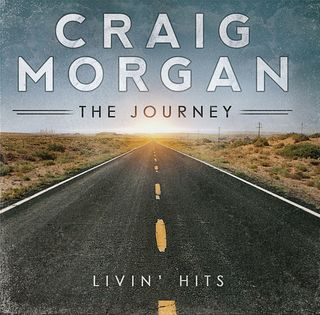 Craig Morgan is hitting the road and headed west in support of the release today, September 3, of THE JOURNEY (LIVIN' HITS) [iTunes/Amazon

]. Kicking off the street week festivities at the Twin Falls Fair in Filer, ID, Craig is set to meet fans, interview with radio stations across the country, appear on multiple programs on GAC & CMT, and do a free and open to the public in-store CD signing at FYE in Modesto, CA throughout the upcoming week.

The Journey (Livin' Hits), co-produced with his longtime creative partner Phil O'Donnell, contains four emotional new tracks including his powerful new single, "Wake Up Lovin' You." The project also contains new recordings of eight of his biggest hits, including the six-week #1 single, "That's What I Love About Sunday."

END_OF_DOCUMENT_TOKEN_TO_BE_REPLACED