Kenny Chesney is not about to get complacent. Not even after playing to over 1.3 million fans in 2015. That is why the American kid who made his big revival…

Photo: WillieNelson.com All together now .... awwwwww. Willie Nelson's website featured the picture above along with some others of Willie with Tatum Lee, a little girl whose dream to meet… 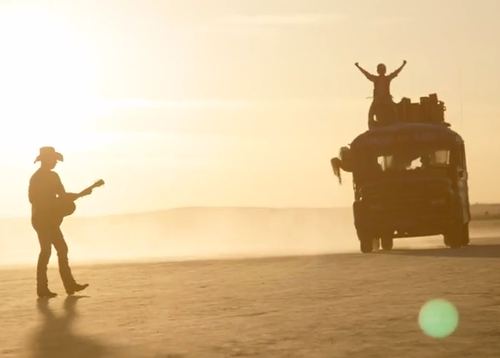 Kenny Chesney made the decision to take the summer of 2014 off from his massive stadium tours to make sure he got the music for his 15th studio album right. With “American Kids” hitting country radio with 117 stations on add date – and landing at #20 on Billboard and #24 on Mediabase after just two days of airplay – and topping iTunes Country Chart since the digital release, the Luttrell, Tennessean has come to play. Hard.

“The whole point of taking the time to get to a really creative place was to have the room to look at not what we’d done, but where we wanted to go,” Chesney says. “After all this time, if I can’t push myself and give the fans something that inspires them, that gets them pumped up, there’s no reason to just make a record to make a record.”

END_OF_DOCUMENT_TOKEN_TO_BE_REPLACED