Sure Jennifer Nettles and Kristian Bush have gone on to their own careers and seem completely fine. Fine might be subjective for any die hard Sugarland fan though. For those…

Not only do Australians get to claim Keith Urban AND cool accents, they now get Kristian Bush's album, 'Southern Gravity', a month early!

I guess I should quit referring to Kristian Bush as one half of Sugarland since he and Jennifer Nettles are making quite the names for themselves all on their own.

A bunch of Sugarland songs can be pieced together to tell the story of one woman (a fictional character). Jaren Johnston laughed at my idea of songs having sequels, but…

Rumors of a breakup have plagued Sugarland since both Kristian Bush and Jennifer released solo albums recently. The good news is that both singers say Sugarland is just on a…

Platinum-selling country singer Kristian Bush takes ‘giving it away’ to another level in the lyric video for his brand new single, “Trailer Hitch,” which exclusively premiered on Rolling Stone Country… 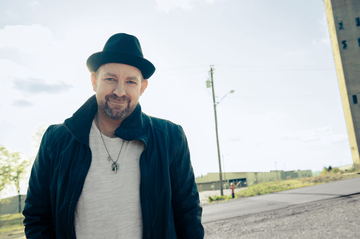 Kristian Bush is doing just fine on his own, thank you very much.

Kristian is currently gearing up for the summer run of his 2014 Put Your Soul In It Tour. Joining Bush on select tour stops will be wild-haired rock goddess and singer/songwriter Michelle Malone. The award-winning guitarist is the newest addition to his five-piece touring band.

“I am honored and thrilled to play with Michelle,” says Bush. “To me, her voice and guitar are the music of Atlanta. I have been learning from her for years, and now it’s exciting to be learning right next to her."

END_OF_DOCUMENT_TOKEN_TO_BE_REPLACED 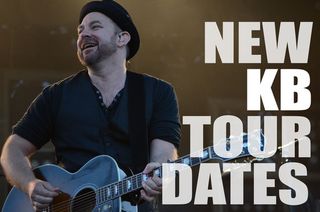 END_OF_DOCUMENT_TOKEN_TO_BE_REPLACED

This April, Sugarland's Kristian Bush made a decision: it
was time to start sharing the music he was writing. "I've written over 50 songs
just this year," Bush says. "It's like I'm on a streak. The songs just keep
coming. And if you add these to everything from the past two decades, they might
never all be heard." He launched his 'Music Mondays' web series that week, and
has since released 12 tracks, both old and new, via KristianBush.com and his
social media feeds. [Hear the "mixtape" of his first eleven songs here.] "I love
writing songs, and I love how the right song at the right time can change
everything," adds Bush. "I'm always looking for new ways to connect these songs
with people who might need to hear them."

END_OF_DOCUMENT_TOKEN_TO_BE_REPLACED

How does a singer/songwriter show his excitement for tonight's premiere of 'Sharknado,' the cheesy-and-yet-fun-looking SyFy movie about sharks stuck in a tornado who terrorize the citizens of Los Angeles? He sings…