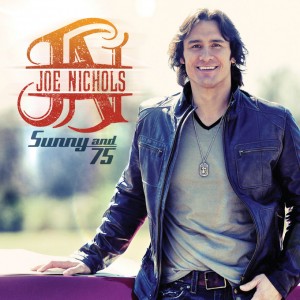 Joe Nichols’ latest single ‘Sunny and 75’ was released back
in May, but it’s really starting to climb its way up the charts now and
deserves review. As a song that gave Joe the biggest country radio add week of
his entire career, it’s clearly one that’s put him back on the map for many
people, and is perhaps introducing him to a whole new generation of listeners
who have only made inroads into country in the past couple of years.

This generation of people is of course those who buy the
beach-themed, frat party songs, and lyrically it’s evident Joe’s team have
attempted to tap into that market, in order to give his sales a bump. Now I,
only with many others I can presume, am not the biggest fans of those types of
songs and lyrics, but thankfully the rest of the song shies away from the
blatant attempts at drawing country away from its roots, and most of the lyrics
don’t dwell too much on this image.

END_OF_DOCUMENT_TOKEN_TO_BE_REPLACED