It’s hard to even think about country music without the name Willie Nelson entering your mind. He’s a 10-time Grammy winner and a member of the Country Music Hall of Fame.

Chances are you either know him for his music or for some of the crazy stories that have spread about him over the years from surviving a plane crash to smoking a joint on the roof of the White House.

It’s undeniable that Willie Nelson is a household name for a reason. He’s an 87-year-old singer, songwriter, and activist, and is still just as passionate about all of those titles as ever. Let’s take a look at some of Willie’s best achievements, in music and in life.

In addition to winning 10 Grammys, Willie has been nominated for the musical award 52 times over the span of his career. He is a songwriter, first and foremost, penning his first tune at the age of 7. His debut album, And Then I Wrote, features songs like “Crazy” and “Funny How Time Slips Away,” which went on to be huge hits for Patsy Cline and Billy Walker.

Perhaps the biggest swell of Nelson’s career came throughout the 1970s. His 1978 album, Stardust, remained on the country album charts for 10 consecutive years — the first of its kind to reach such an achievement.

Willie has played for presidents and celebrities, he’s received a Kennedy Center Honor and a Grammy Lifetime Achievement Award for his advancements in the music industry. And, he is still actively touring and playing music around the world. With his signature style and sound, it’s hard to meet anyone who doesn’t recognize Willie’s music.

Whoever doesn’t know Willie Nelson for his music (although they may be living under a rock) likely know him from some of the headlines he’s made over the years — both the good and the jaw-dropping.

Nelson may as well be the very definition of an activist, taking on causes he believes in for decades, from politics to pot. With the help of fellow musicians John Mellencamp and Neil Young, Willie organized the first Farm Aid concert in 1985. Today, more than $57 million has been raised from Farm Aid concerts for farmers across the U.S. Some of his other triumphs in activism include:

It’s also no secret that Nelson is an advocate for the legal use of marijuana. So much so, that it has caused him some trouble over the years before it became legal in some states. In 2019, Willie showed just how much he believes in the power of CBD by starting his own business where he sells things like hemp-based coffee and tinctures. Though Nelson is a musician first and a businessman second, it’s certainly a smart industry to get into, as the CBD market is set to be a $22 billion industry by 2022. Plus, with Willie attaching his name to the industry, his millions of fans could help to boost the sales of CBD products even more. He’s even releasing products for pets that are perfectly safe and can help your dogs or cats to enjoy all of the same benefits of CBD that humans do.

Finally, one “record” that Willie is known for outside of the music industry is the $32 million dollar bill from the Internal Revenue Service in 1990, sent to him for delinquent taxes. To this day, that remains the highest amount ever billed to a single person by the IRS. Nelson had the last laugh, though. For most people, that kind of debt leaves very few options other than filing for bankruptcy to protect their assets. For Willie, however, he was able to pay off those debts with the sales of his next album, IRS Tapes: Who’ll Buy My Memories?

Willie Nelson is an artist and activist that has already secured a place for himself in history, and it’s clear he’s not done yet, so we can all expect his list of achievements and accomplishments to continue to grow. 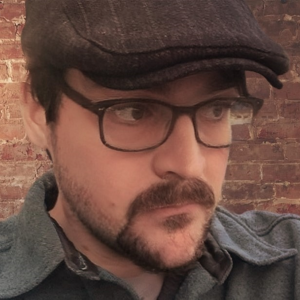 Shania Twain being turned into a giant, gaping hole

I know that Beyonce's not country, but I was very impressed with this video so I thought I'd share.  According to TMZ, Beyonce had It’s no secret that Mercury Nashville’s Chris Stapleton released his debut album, Traveller, to overwhelming critical acclaim in May and it is the best-selling first week album by a debut country artist in 2015. BUUUUUT it is what happened after that infamous CMA Awards performance with Justin Timberlake that has caused a massive snowball effect.

It Doesn’t Suck to Be Kelly Clarkson’s Kid

This past weekend, Kelly Clarkson kicked off her Piece By Piece Tour in Hershey, Pennsylvania. True to Clarkson’s style, the show was jam-packed with hits, Molokai, the 1999 movie which features Kris Kristofferson as Rudolph Meyer, is now streaming on Amazon Prime. Film synopsis from Amazon: The true story of