Each of these famous names is recognized around the world, and whether you’re a country music buff or not, you can probably name at least one song by each artist. They’re all pioneers of country music as we know it, in different ways. But their music is just as timeless and enjoyable today as it ever was. That’s one of the beautiful things about country music — no matter how it evolves over the years, it remains ageless in many ways and enjoyed by multiple generations.

Part of the appeal of country to a younger audience is undoubtedly some of the modern twists country has taken over the years, including adding different instruments and a lot of pop music influences. But as a genre, it certainly hasn’t lost its ability to connect with different audiences in meaningful, nostalgic, and important ways.

Let’s look at a brief history of country music, and how it has stood the test of time with no signs of slowing down in terms of popularity.

The roots of country music can be traced back to Southern Appalachian fiddle players in 1910. But most people believe the moment country music was officially “born” was in 1927 when Victor Records signed both Jimmie Rodgers and the Carter Family. Rodgers became known as the “Father of Country Music,” and the Carters were the “first family.”

From there, country quickly began to evolve. What started out as music heavily based in folk and blues developed into sub-genres like Western swing and bluegrass.

Cowboy culture also had a big impact on the growth of country music. Musician/actor Roy Rogers was dubbed “King of the Cowboys,” and much of his music was specifically made for the successful films he was in.

As the genre continued to evolve, some artists moved away from the finger-picking styles of folk and focused on new “sides of country,” including the strum-heavy honky-tonk. Honky-tonk, the sub-genre that made Hank Williams a household name, typically uses an acoustic guitar, string bass, and steel guitar to back up somewhat “nasally,” Southern vocals. If you’re not already hearing “Hey Good Lookin’” in your head, now you will be!

The Nashville sound broke onto the scene in the 50s and 60s, combining traditional country music sounds with influences of jazz and swing, making it a more sophisticated, stark contrast to honky-tonk.

Of course, you can’t talk about the history of country music without focusing heavily on “The Outlaw Movement.” It came about as artists started to mix influences of rock n’ roll into their songs and focused on everything from politically-powered lyrics to rougher subjects like drinking, fighting, and crime. Johnny Cash was a pioneer of this movement, especially when it came to his ‘At Folsom Prison’ album, recorded live for the inmates of the famed prison in 1968. Other artists who have made Outlaw Country popular include Willie Nelson and Waylon Jennings. Today, we can see its continued influence on artists like Chris Stapleton and Sturgill Simpson.

Going through each area of history in country music and giving it the credit it deserves would be nearly impossible. It’s a distinctly American style of music, which could explain why there are so many sub-genres, including:

Today, many of the mainstream country artists take a country-pop approach that was really popularized by Shania Twain with her 1997 ‘Come On Over’ album. Twain’s music wasn’t just played on country music radio stations, but pop radio stations across the world, too, making her one of the original “crossover” artists of the genre.

Country music fans continue to prove that they’re up for growth and changes in the genre. While it’s hard to beat the tradition of Merle Haggard, fans of all ages and backgrounds can be found at Florida-Georgia Line and Thomas Rhett shows, showing their dedication to the genre as a whole, no matter how much it evolves.

The Impact and Influence of Country Music

It’s not just the music itself that makes the country genre so special and timeless. Rather, it’s what it symbolizes. Because of its deeply-American roots, people feel a sense of nostalgia and patriotism toward country music. That explains why it’s often connected to the military and why country artists frequently give back to veterans and active military members.

There are currently over 19 million veterans living in the U.S. Nearly 4 million have a service-connected disability, and almost 9% of the homeless population in the country is made of veterans.

Because military families and vets make up a large demographic of country music listeners, it’s only fitting that many artists provide assistance when they can, like Lee Brice giving a military widow a new truck because his song brought back memories of her husband. Or Carrie Underwood partnering with Operation Homefront in 2016 to meet with military families while on tour. Tim McGraw has given away over 144 homes to military vets in the U.S. The list goes on when it comes to the ways in which country music artists support their country and the people who fight for it.

Because of its rich history, its ability to evolve and maintain a consistent fanbase of all generations, and its dedication to the nation where it all began, country music is really unlike any other genre, and as it continues to grow and change over time, it will also continue to remain timeless. 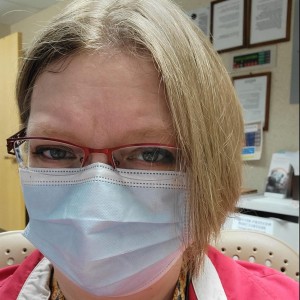 Country music legend, Tracy Lawrence, has a lot to celebrate in 2021! This year marks Lawrence’s 30th anniversary making the timeless Country music that has been

Get ready, Eric Church fans, because there’s a whole lot of new music coming your way!

Photo: Twitter Oh this is sad.  This afternoon there was a fiery plane crash at the Aspen, Colorado airport. The strange thing is there happened

As Miranda Lambert says, “what doesn’t kill you only makes you blonder,” and in the wake of some life-altering changes, the country music superstar is

Big & Rich score a headlining gig at halftime show at the Liberty Bowl!

So, check this out Big & Rich fans….the guys will headline the AutoZone Liberty Bowl’s halftime show in Memphis, Tenn. on Dec. 29. Which makes PERFECT sense considering how their song “Comin To Your City” is quite popular in the football world.

Sam Riggs’ “Breathless” is Country Music for Everyone

Usually country music fans turn to the thriving Texas country music scene when they’re in need of a break from the Nashville Sound. Many artists

It took three days but Luke Bryan has finally answered actor James Woods' Twitter plea on behalf of a teenager battling a deadly disease.  Back

Right now, at this very second if you simply google "country music stars dating"(and I have, which I know doesn't say much for me LOL)