This coming weekend is a big one for country music: the Grand Ole Opry celebrates its 90th birthday. That’s no small feat for a radio show that ended up playing a crucial part in making country music famous.

“Not only is it uncommon, it’s unheard of,” Dan Rogers, the Opry’s marketing and communications director, tells NashvilleGab.

Rogers knows that there are countless people the Opry owes its success to: it’s members, the stars that have performed on its over the years, and, of course, the fans. And each one of them have their own memories that remind them of what the Opry is all about. For Rogers, however, his memory bring up non other Dolly Parton.

“There was a great night when Dolly Parton came to celebrate Porter Wagoner’s 50th Anniversary,” he recalls, adding that Parton performed the classic “I Will Always Love You” to Wagoner. “It proved to be the last time those two great friends were on the Opry stage together.”

For other moments he points to back in June when Garth Brooks and Trisha Yearwood surprised the Opry crowd by singing some of the classic duets from country music’s vast history. It was just them, a guitar, and a microphone. Other moments include anytime someone makes their debut on the show, and it’s clear the Opry means a lot to them. Then there’s the coveted invitation to become a member.

“When people are brought into the fold as members or invited to become members, it’s always a very interesting, and what feels like historic, time,” Rogers added.

Country music has also skyrocketed in terms of popularity over the past decade with the likes of Brad Paisley and Carrie Underwood becoming huge stars and ambassadors for the genre, and people like Kenny Chesney who regularly plays football stadiums. In all this Rogers says the Opry’s role is that of home.

“The Opry is, without a doubt, the home of the stars, superstars, and legends of country music,” he says, and added that it also welcomes newcomers and helps “propel them to stardom.”

It’s the legends, Rogers points out, that keep the up-and-comers grounded at the Opry. Because it is like a big family, and the so-called patriarchs of the genre have to watch out for the ones they influenced. This weekend is going to be a celebration of that family the Grand Ole Opry has helped create for 90 years, and will continue to do so through its 100th year and beyond. And while the Grand Ole Opry is a well-respected establishment, fun will definitely be had this weekend.

“It really will be a party atmosphere,” says Rogers. 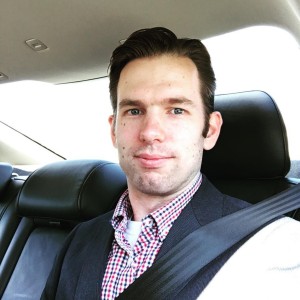 No matter how you feel about Luke Bryan's music, there is one thing most people can't deny about the singer … he's one sexy man.

Happy new year guys! Where did the year go? It seems like only yesterday we were ringing in 2012, and now it’s 2013 already. It’s

The 2014 CMA Awards are fast approaching and getting hotter every day. Today, even more stars were announced as performers for next month's award show

Miranda got her hair did…

Well, it just keeps getting shorter….AND cuter! Miranda debuted the new bob on her instagram and I have to say I'm a fan. Totally gives

Tim McGraw has proven to be an anomaly in entertainment, seamlessly crossing over from music to movies and back again. Now, McGraw’s latest silver screen

Reba is Becoming a Dinosaur…No, Really!

There’s no denying that Reba McEntire has one of the most recognizable voices in country music. Now, she’s adding another role to her already impressive