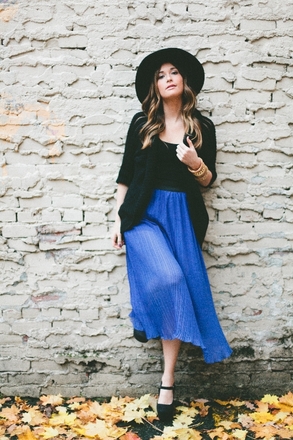 After touring with just about everyone in country music – and pop queen Katy Perry – over the last two years, Kacey Musgraves is ready to strike out on her own.
Kacey will be launching her very own headlining tour Same Tour Different Trailer on September 25, 2014 in Tulsa, OK at Cain’s Ballroom.
The tour will hit 13 cities in the United States ending in Las Vegas, NV on October 26th at the Life is Beautiful Festival. All tour dates except the Life is Beautiful Festival will feature openers John & Jacob, who also joined Musgraves on her recently wrapped European tour.
“I'm SO lucky to have toured on so many different sides of the musical spectrum this year with artists who are all over the map,” said Musgraves. “And I'm really excited to be bringing a little piece of my world to the fans that have done so much for me."
Fans can visit www.kaceymusgraves.com for the most updated on-sale information for all tour dates and http://kaceymusgraves.com/events?h=2014-08-26+12%3A00%3A00&p=2&d=next for VIP opportunities.
American Express® Card Members can purchase tickets before the general public beginning [Tues, Aug, 12th, 10am] through [Thurs, Aug, 14th, 10pm].
‘SAME TOUR DIFFERENT TRAILER’ DATES:
Sept. 25 – Tulsa, OK / Cain’s Ballroom
Sept. 26 –Springfield, MO / Gillioz Theatre
Sept. 27 – Chicago, IL / Riviera Theatere
Oct. 1 – Dallas, TX / Granada Theater
Oct. 2 – Houston, TX / Warehouse Live
Oct. 3 – Baton Rouge, LA / Varsity Theatre
Oct. 4 – Birmingham, AL / Alabama Theatre
Oct. 17 – Athens, GA / Georgia Theatre
Oct. 18 – Asheville, NC / The Orange Peel
Oct. 19 – Savannah, GA / Trustees Theatre
Oct. 23- New Braunfels, TX / Gruene Hall
Oct. 24- New Braunfels, TX / Gruene Hall
Oct. 26 – Las Vegas, NV / Life is Beautiful Festival
Share on facebook
Facebook
Share on twitter
Twitter
Share on pinterest
Pinterest
Share on linkedin
LinkedIn
Share on reddit
Reddit
PrevPreviousDustin Lynch has a new girl in his life…
NextBrad Paisley sure is excited about Shark Week…Next

It had been way too long since I sat down with one of my favorite ladies in the industry, Kelsea Ballerini, and talked all things

Luke Bryan explains why cowboy hats aren’t for him

Visit NBCNews.com for breaking news, world news, and news about the economy   After (or maybe before) his performance on the Today Show this morning,

That’s a hell of a title for the borderline country music singer. In a recent article on The Muse, they took some time (honestly…no pun

What a good guy and what a great cause. Dierks Bentley announced this morning that later this month (7/22) he will hold a benefit concert