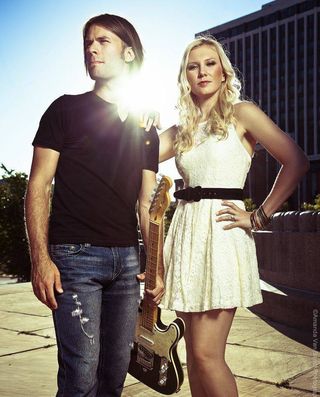 After pursuing respective solo music careers, husband and wife duo, Tony and Jaime Pierce, have teamed up as Pierce Avenue to deliver a charming, soulful debut single "Take It To the House." Co-written by the two, the new tune samples distinct soul, rock and traditional influences. NashvilleGab as the exclusive first listen to the new song below!

Tony and Jamie first met after a performance at the Cowboys Dancehall in Arlington, Texas — later dating, falling in love and discovering their musical chemistry. In 2010, they moved to Nashville, and it was up and coming artist Dustin Lynch that game them their first big break — offering Tony a gig as a season guitarist.

END_OF_DOCUMENT_TOKEN_TO_BE_REPLACED