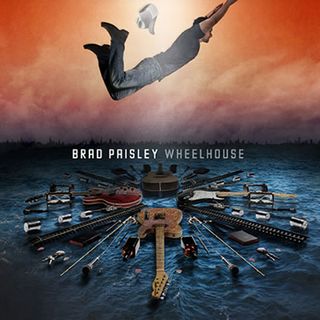 After ‘Southern Comfort Zone’ and ‘Beat This Summer’, both
big hits both in the charts and with fans, and an album full of amazing songs,
I was really excited to hear the new single. I expected ‘Outstanding In Our
Field’, with Dierks Bentley and Hunter Hayes, and I’m still convinced that will
be a single at some point, but the announcement of ‘I Can’t Change The World’.
It’s a good song, don’t get me wrong, and plenty of people have picked it out
as their favorite on the record, but despite the subject matter it just doesn’t
resonate with me the way it should.

Maybe I’m a defective human being or something because this
has happened before, but there is a whole world of songs from that album I
would love to see dusted off and polished up and thrown out onto the radio. ‘I
Can’t Change The World’ is a ballad, of which there are excellent ones in
abundance on ‘Wheelhouse’, but perhaps it’s appealing to people because of its
approach. The only thing I can deduce from its reason for standing out is how unpolished it is for a single. Many of
the notes are high and reaching the ends of Brad’s range, yet he is not vocally
edited in the slightest and what results is a surprisingly raw performance that
contrasts against much of the rest of the album. What helps this effect is that
the song is also instrumentally stripped back, based around a few acoustic
guitars noodling away and the odd few notes from electric, with limited gentle
percussion.

It does develop, the chorus and second verse introducing
fiddle, a little banjo, and more of a substantial drum beat. However, the focus
is always on Brad’s voice and supporting it through its melodic twists and
turns. Yet, they have created a “live” sound and atmosphere despite the song’s
development, and this makes it come across more intimate and personal. Brad has
really pushed the boat out vocally, with plenty of interesting licks on the
guitar (plus solo, naturally), and the lyrics are as heartfelt as his vocal
expression.  Explaining that he can’t
change how harsh and cruel the world is, but the girl in question should let
him in because he could change her world, give her love and allow her to trust.
I suspect a few people have already proposed to this.

So maybe you’re confused as to why this review has been
written so positively with a negative cloud hanging over. Simple answer is: I
don’t know, and I haven’t had coffee yet this morning. It’s well-written and
well-produced, and perhaps on other albums it would stand out more. It’s
certainly grown on me after many, many listens (album on repeat all summer,
duh). I just feel Brad’s not telling the world enough about this album, he’s
not showing them everything he should be. But then maybe this rawness will do
that.

I’m cautious as to how it will do on the charts too, but
fingers crossed. I want about a billion singles released from ‘Wheelhouse’ so
it best do well. Shania Twain’s manager shares some insight on Shake It Off..

The song literally has so much steam it could bulldoze through a mountain. It just made a debut on Billboard Hot 100 in the NUMERO UNO spot and doesn’t show signs of slowing down. So, is Nashville bitter about it yet? If Jason Owen’s opinion means anything, then not at all. Not even a little bit.

EXCLUSIVE: Mitch Goudy shows us how to get rowdy…

We had the chance to sit down with country up and comer Mitch Goudy and were blown away with two things: 1) He’s ridiculously charismatic

What happens when two of country music’s most celebrated women merge for one performance? An absolutely magical moment for the lucky fans in the audience.

Photo courtesy MaryMacrae.com Johnny MacRae, who wrote hit songs such as Conway Twitty's  I'd Just Love to Lay You Down and Reba McEntire's You Lift Me Up to