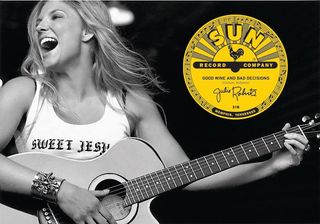 Julie Roberts makes history this year as the first artist to release new music on the legendary label, Sun Records, in over 40 years. Located in the heart of Nashville, it is where such icons as Elvis Presley, Johnny Cash and Roy Orbison got their start. With 16 songs in various stages of production, Julie will release her brand new record, titled Good Wine and Bad Decisions, on October 29 and promises that fans will not be disappointed, even hinting at a few once-in-a-lifetime collaborations.

Nashvilel Gab recently spoke with the singer about her new project, how it feels to sign with Sun, her favorite songwriting partner (accomplished tunesmith Chris Stapleton) and what it was like to audition on NBC's hit TV show, The Voice (and much more).

END_OF_DOCUMENT_TOKEN_TO_BE_REPLACED 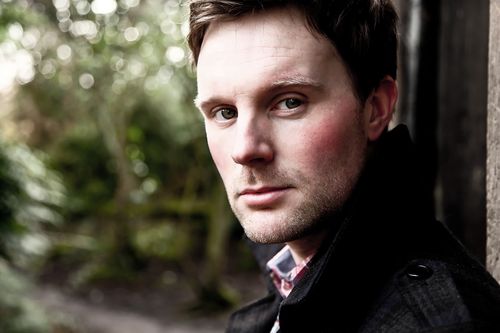 Over the course of two albums, UK-based Daniel Pearson has
established himself as a singular talent in the indie landscape, equally
capable of crafting beautiful acoustic laments and hook-laden rock n’ roll
anthems. The albums ‘Satellites’ and ‘Mercury State’ have received national and
international praise for his songwriting ability and vocal talent, and he has
drawn many comparisons to a young Bruce Springsteen and Bob Dylan. However, he
has many country influences, ranging from Gram Parsons and Johnny Cash, to Steve
Earl, John Denver and Ryan Adams. I interviewed him to delve into his wide
variety of influences, new music and visiting Music City.

Your current project
is your album ‘Mercury State’ and your single ‘Long Way Round’. Tell me a
little about them both.

‘Mercury State’ is my second album, and it’s a record centered
around working life and relationships, growing up and growing apart. I’d like
to think it could sit alongside some Springsteen albums as a document of those
kinds of themes and it’s a more mature record than my first album ‘Satellites’,
which was influenced more by classic rock n’ roll. ‘Long Way Round’ is a song
we recorded for the new record, but it didn’t really fit thematically – it was
just too upbeat and summer-sounding! So it became a stand-alone single. I was
going to leave it on the shelf, but people kept saying how catchy it was and
how I shouldn’t waste it, so now it’s out there.

END_OF_DOCUMENT_TOKEN_TO_BE_REPLACED