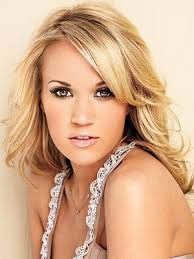 Carrie Underwood has been added to the lineup for the Oklahoma Twister Relief Concert on July 6. Due to her previously scheduled show at the Grand Ole Opry, the Oklahoma native's performance will be aired via satellite from the Grand Ole Opry House in Nashville to the Gaylord Family-Oklahoma Memorial Stadium in Norman.

In addition to Toby Keith, performers will include Garth Brooks, Trisha Yearwood, Willie Nelson, Sammy Hagar, Ronnie Dunn, Mel Tillis and John Anderson. More artists are being added to the line up and will be announced on a future date. Ford Trucks, Verizon Wireless, Academy of Country Music Lifting Lives, and Walmart are on board as sponsors. In addition to sponsoring the relief concert, Walmart and the Walmart Foundation have committed , $ 1 million to Oklahoma tornado relief. Sponsorship donations and underwriting of the concert, and donated services from suppliers and vendors from all over the country, will allow the net proceeds of tickets (after tax and credit card fees) to benefit the United Way of Central Oklahoma May Tornadoes Relief Fund to aid recovery efforts.

The twister relief show happens Saturday, July 6 at the University of Oklahoma's Gaylord Family – Oklahoma Memorial Stadium in Norman, Okla. Doors open at 1:30pm, show time is 3pm. Tickets went on sale and sold out last week via Ticketmaster and Homeland store locations. All seats are $ 25 (all taxes and fees included), all seats reserved – there was an eight-ticket purchase limit. Once production is finalized event organizers may have additional tickets that could be released for purchase. Net proceeds (minus only credit card merchant fees and OK sales tax) will benefit The United Way of Central Oklahoma May Tornadoes Relief Fund. Donations are also being accepted online via the United Way home page at www.unitedwayokc.org. To give by credit card, call 405-523-3598, 405-523-3597, or the United Way of Central Oklahoma's main number: 405-236-8441. Checks may be mailed to the United Way of Central Oklahoma, P.O. Box 837, Oklahoma City, OK 73101 with notation for May Tornadoes Relief.

Verizon Wireless is offering a text-to-donate capability before, during and after the benefit concert. Currenlty, customers of any wireless carrier may donate by texting the keyword REBUILD to 52000, which will give an automatic $ 10 donation to the United Way of Central Oklahoma's May Tornadoes Relief Fund. Verizon Wireless customers will be limited to five text donations.

"When Toby asked me to come on board, I immediately said 'Yes,!'" said Sammy Hagar "He's put together a hell of a concert lineup to help raise funds for the brave and resilient people of Oklahoma. My job is going to be to help them take their minds off their problems and have some much needed, good old-fashioned fun."

For Keith, this event and the May storms that led to it are deeply personal. "I grew up in Moore, I live in Norman and I've got lots of family and friends who were directly affected. I know these folks and they're resilient, but we're going to keep helping them any way we can. I'm proud to get together with some others from around here who are just as committed as I am to supporting these communities."

"Once we got the news that the tornado had hit Toby's hometown, Miss Yearwood and I told Toby we were at his service for whatever he chose to do," Brooks says. "I am amazed at the human spirit the tornado victims have shown. I am humbled by the giving of the volunteers. It is an honor to get to be a part of this healing process."

Updates on the event and lineup will be posted at www.tobykeith.com.

Kacey Musgraves shows us what Christmas in June is like.

While most of us are adjusting to the high temps, Kacey Musgraves is getting her jingle bells on. Or something like that. Kacey took to

After news hit yesterday that Lynn Anderson had passed away, many stars paid tribute on Facebook and Twitter by revealing memories and expressing their feelings. Tim McGraw decided to pay tribute in another, more musical way by singing one of Anderson’s biggest hits.

In celebration of the Tuesday (8/13) release of his fourth studio album, "Crash My Party," Luke Bryan headed to New York where he performed on

Sister C has won critics over with flawless harmonies, honest lyrics, and a vibe of originality and authenticity that is hard to come by. Proving